BlueSoft announced today that it has won the 2022 Microsoft Partner of the Year Awards in the Microsoft Azure category. The company was honored among a global field of top Microsoft partners for demonstrating excellence in innovation and implementation of customer solutions based on Microsoft technology. 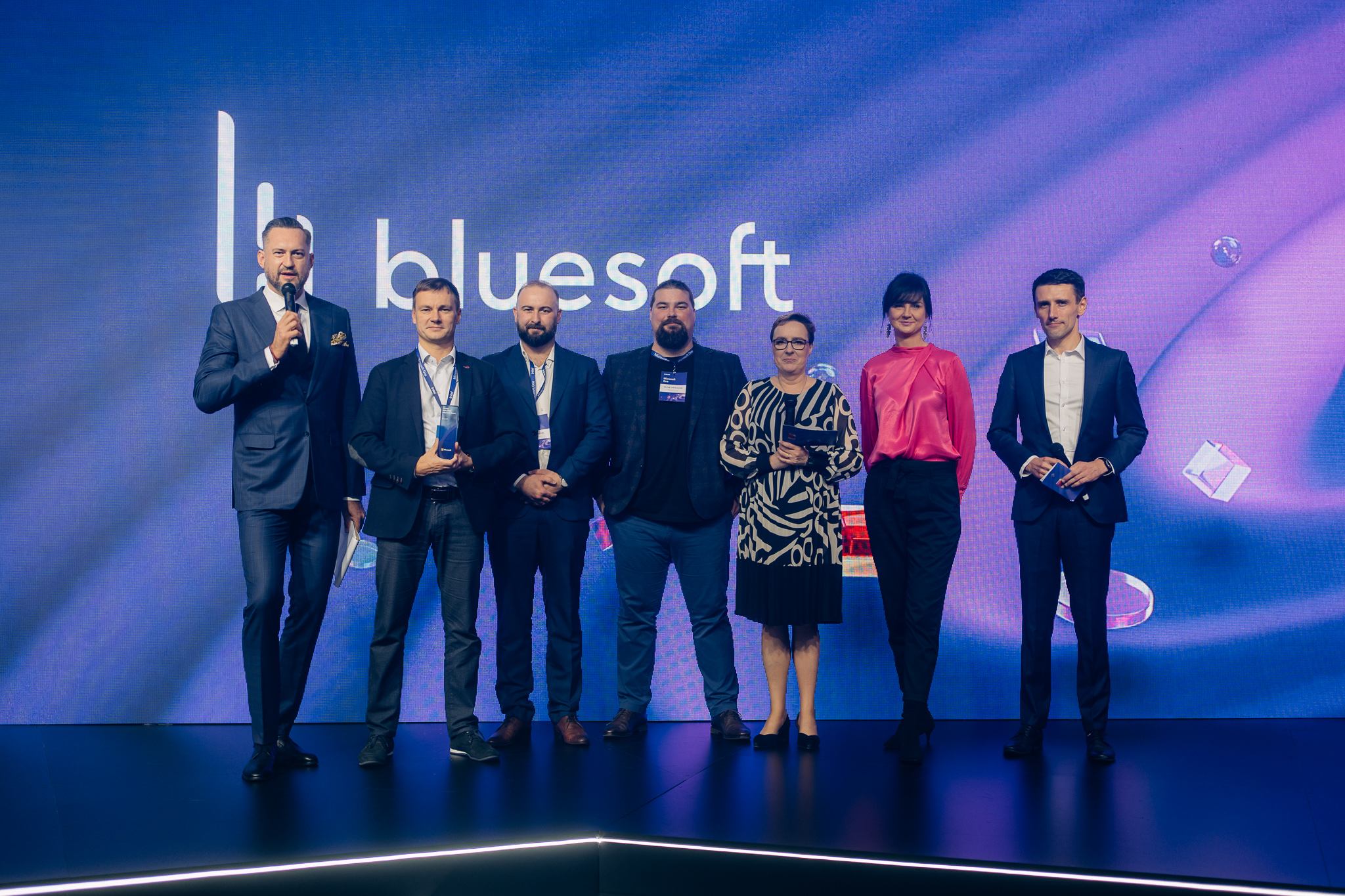 “The company received the award for its extensive involvement in joint sales activities, operational excellence, expert knowledge and support for large projects in the Enterprise and Corporate customer segment.” – Microsoft announced in its press release.

The award was collected by Dariusz Dober, Chief Operating Officer at BlueSoft during the Microsoft ONE conference held in Warsaw. He attended the event together with Marcin Styliński, Head of Azure Cloud Solutions, and Michal Smereczynski, Azure Lead Architect at BlueSoft who are directly responsible for this success.

Dariusz Dober, Chief Operating Officer at BlueSoft said: “This award is an official confirmation of our commitment to our customers, and the significant impact of our solutions based on Microsoft Azure technology. I would like to recognize all those within BlueSoft, especially BlueSoft Azure Team who have dedicated themselves and continue to deliver an exceptional work for our customers. Without them, this accomplishment would not have happened.”

The Microsoft Partner of the Year Awards acknowledges Microsoft partners that have developed and delivered outstanding Microsoft-based applications, services, and devices during the past year.

Additional details on the 2022 awards are available on the Microsoft website.